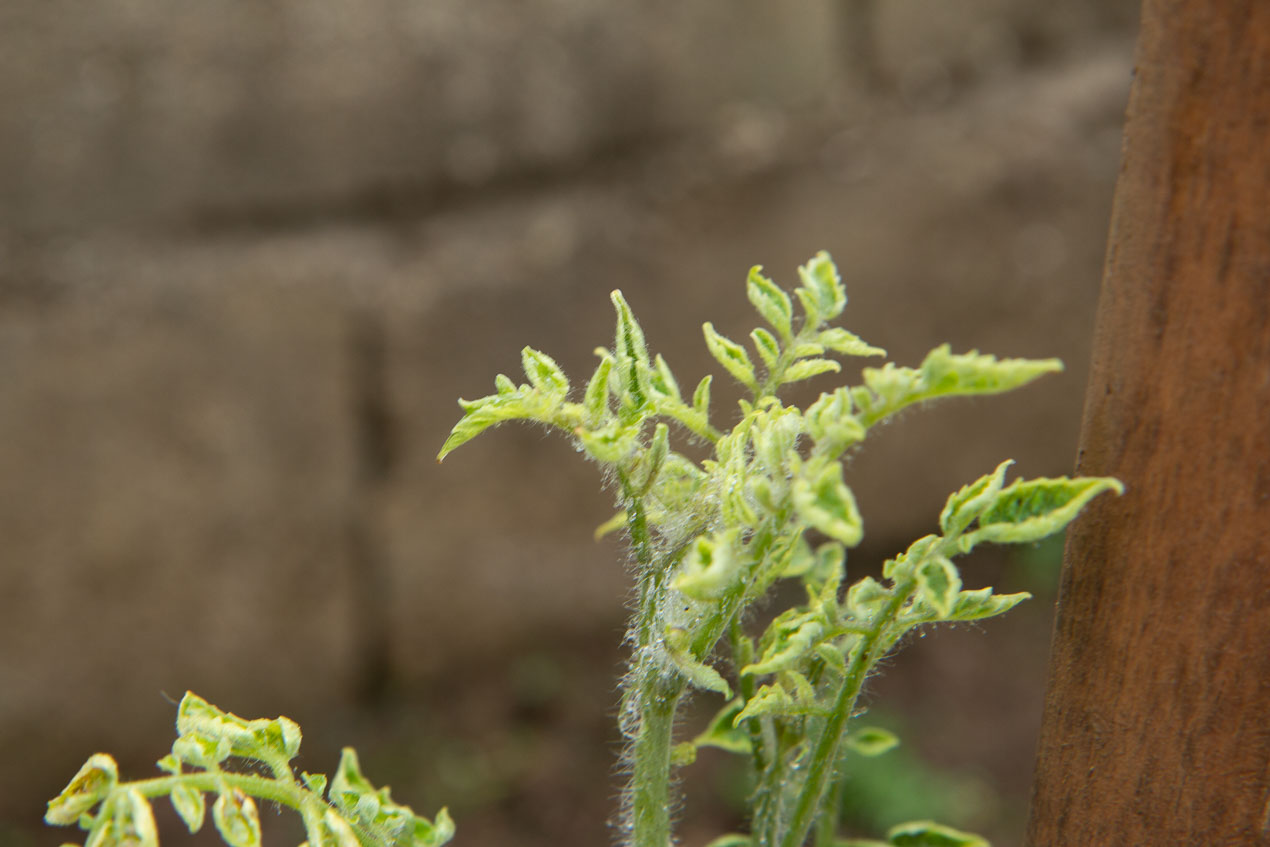 It’s been weeks since I transferred my rooted costoluto genovese pomodoro to my small plot. Sadly, I have to report that one of them didn’t make it. The next few days after the transfer, the tomato plants are getting heat stressed from the intense summer sun but I ignored them. One of them couldn’t handle the heat and wilted away as a result.

I just realised that the summer tropical temperatures must be too much for this variety of tomatoes. My first attempt was quite successful because it’s been quite cold during the months of January up to and including March. Even though theres been occasional rain showers all throughout April and May it’s been incredibly hot and humid nonetheless.

I’ve decided to put up a net to lessen the amount of sunlight the plants are getting. It’s a start but I don’t believe it will help because the temperatures even under a shade is at 35°C.

It’s been another couple of weeks since this picture has been taken. Even the largest one among the three doesn’t look very healthy because of the constant heat stress. I’ll continue to monitor them for a few more weeks and see how far they would go in this heat.