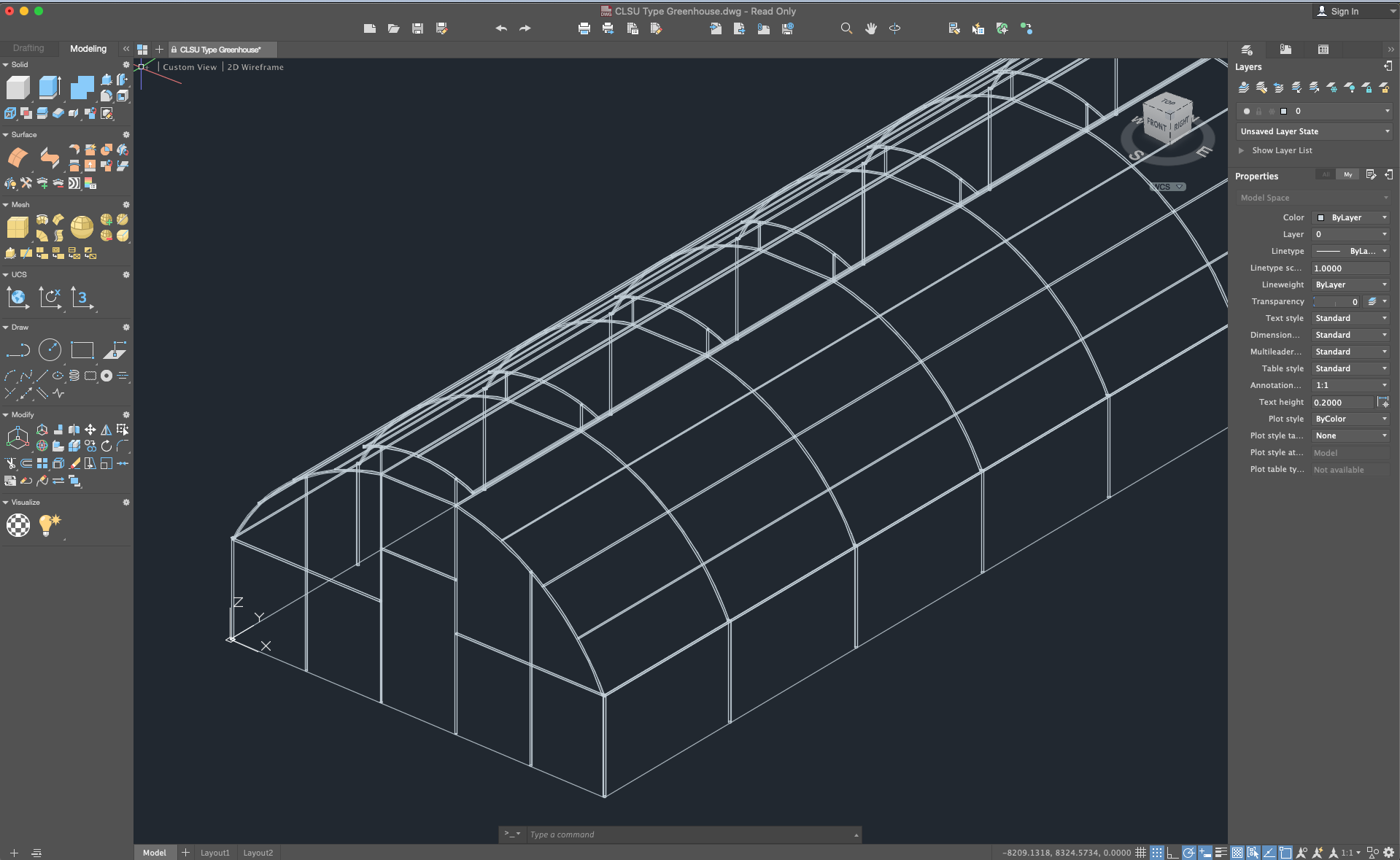 Hydroponics requires a rain shelter or ideally a green house to protect crops from both rain and pests. Central Luzon State University (CLSU) developed the CLSU Type Greenhouse to provide growers with a low-cost and well designed option that performs well in typical growing conditions in the Philippines. It is ideal for intensive growing operations typical in hydroponics and aquaponics food production.

The illustrations are based on images available in Production of High Value Crops in Greenhouse from the e-Learning for Agriculture and Fisheries of the Department of Agriculture’s e-Extension Program with the Agricultural Training Institute.

The bill of materials are also provided and taken from the same e-learning course. Prices indicated are from 2007.

The .dwg file, an AutoCAD drawing, is constructed from measurements provided in the e-learning course.

These files and other useful downloadables are also available in the downloads page.

Another very talked about topic in SNAP Hydroponics Growers is flushing. There are hydroponic growers who believes in flushing and there are those who are non-believers in flushing. It’s one of those gardening questions that enthusiasts have experimented with, had different answers and the scientific community has largely ignored because they have others things to do. And we all just agree to disagree. Personally I don’t believe in flushing.

What is flushing? According to its proponents flushing is a way of getting rid of excess salts or chemicals from the plant’s tissues there by giving it a better taste, texture or aroma. The theory goes that there are excess chemicals in the plant. Taking away the nutrient solution results in the plant eating through the excesses. The concentration of the chemicals in the plant is less and thus is better than their non-flushed counterparts. If this is really true then why haven’t the food production industry got wind of it? The video below features a large scale lettuce production. Nowhere in the video was flushing mentioned.

To me it seems that the nutrient concentration in the whole operation is uniform all through out the operation.

A bigger arena in the flushing or no flushing debate is the indoor cannabis growing scene in places where cannabis cultivation is allowed. Flushing is said to enhance the flavour, aroma and even potency of flushed cannabis but not everybody is convinced. Nobody is yet to produce a clear cut and well substantiated study about the benefits of flushing even in the cannabis industry where potency is the name of the game.

Nutrients are required at almost every point in the development of the plant. Changing nutrient concentrations all of the sudden may send the plant into a panic mode, releasing hormones and get ready to propagate no matter what. This is often not what you want because it is often manifested as bitterness in the resulting harvest.

So there you go. My thoughts on what flushing is and why I don’t believe in its benefits. Feel free to leave a comment or reaction. Have fun and happy growing!